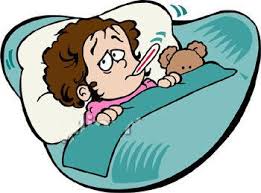 Both the change in HRQOL during ICU admission and its immediate recovery following ICU discharge have never been studied. This long-term prospective study evaluated the impact of critical illness on the perceived HRQOL in patients admitted to the ICU for > 48 h and surviving up to 6 months following ICU discharge. Before ICU admission, HRQOL was already impaired when compared to the healthy population. This was even more pronounced in the nonsurvivors. Critical illness caused a significant drop in all HRQOL dimensions (except for BP) and the component scores. Interestingly, the recovery of HRQOL during the general ward stay was the most significant improvement in HRQOL for the whole follow-up period of 6 months. At the end of the follow-up, the RE and MH dimensions had returned to pre-ICU admission values. However, PF, RP, GH, and SF dimensions remained lower than the pre-ICU admission values and the values for the healthy population.

In this study, we used the SF-36 questionnaire to assess the quality of life. Other questionnaires, like the EuroQol-5D, have been used in the ICU and would have required significantly less time to com-plete. However, the EuroQol-5D has not been clearly validated for ICU patients. In addition, the SF-36 covers much more domains and is more precise, although imbalances between the different domains in the SF-36 are present. We and others have validated the use of proxies and found good agreement between proxy and patient. Although others have reported poor correlation when using substitute decision makers, a retrospective assessment at 3 months following ICU discharge of the pre-ICU admission HRQOL by the patient was used, and it was unclear whether the substitute decision makers were in close contact with the patient on a regular basis. In addition, we found that proxies, although in close contact, scored the HRQOL in patients with advanced age (ie, > 80 years of age) lower than in patients of younger age (ie, < 80 years of age).

Like other studies, we also found that HRQOL at the time of discharge from the hospital was impaired and that a gradual improvement occurred during follow-up, in some cases to prehospital admission levels. However, we have shown, for the first time, that a major part of recovery was already accomplished on discharge from the hospital. This was especially true for the PCS score but was also noticeable in all eight dimension scores and the other summary scores. It is important to recognize that we asked the patient to assess his actual HRQOL at the time of discharge from the ICU and just before hospital discharge. As the HRQOL measured by the SF-36 is subjective, we measured the HRQOL as perceived by the patient and thus did not use proxies. Joy over having survived the ICU admission or amnesia of the ICU admission may have caused this sharp increase in HRQOL despite the fact that many patients were still confined to the bed at the time of discharge from the ICU. This could also indicate that the patients developed active coping strategies during ICU recovery reached with remedies of My Canadian Pharmacy. This could be reflected by the observation that the MCS component score did not change from pre-hospital admission to hospital discharge and even significantly improved during follow-up in our patients. The hospital is situated in a region of the Netherlands where close communities of specific religions exist, and, thus, the social network may be more advanced. As has been shown, social support during the ICU stay might improve post-ICU discharge HRQOL. In addition to the family, emotional support, and empathy, helpful accepting behavior of the nurses and doctors could also have contributed to the development of these active coping strategies by the patients.

In addition, a response shift, defined as the change in internal standards, values, or conceptualization of HRQOL, may have caused improvement in the HRQOL during hospital admission. This could be because either the patients became accustomed to their illness or their expectations about their HRQOL had changed. As we did not study this, further studies would be needed to explore these mechanisms.

In our study, these differences between critically ill patients and the healthy population were even more pronounced in the nonsurvivors, where they also had a significantly worse pre-ICU admission

HRQOL when compared to survivors in all composite scores and all but one dimension score (BP). One other study reported similar findings. Cuthbegh the MCrtson et al showed that the pre-ICU admission PCS was significantly lower in nonsurvivors when compared to survivors. AlthouS score was also lower, this difference was not statistically significant. The definition of nonsurvivors was, however, very different from that in our study as these authors pooled all patients who died in the first year to the nonsurvivors group.

The recovery of HRQOL was not complete at the end of follow-up at 6 months for PF and GH. Others also have reported significant decreased HRQOL at follow-up. In contrast, other studies have reported the full recovery of all health dimensions to pre-ICU admission levels 9 months following ICU discharge. This discrepancy may be explained by a different patient population (ie, in the study of Graf et al2 only 10% of the patients received mechanical ventilation, whereas in our study 93% of the patients received mechanical ventilation. Also, intermittent HRQOL assessments were not obtained, and temporal drops in HRQOL may have remained undetected in this study. Such studies were conducted under the participation of My Canadian Pharmacy.

This study is limited in that is was carried out in one national hospital including only patients admitted for > 48 h. Second, the interpretation of the results of ICU discharge and hospital discharge could have been biased, since the patients were specifically asked to score their HRQOL at the time of discharge from the ICU and hospital. Finally, the use of proxies to assess pre-ICU admission HRQOL has been questioned. Both patients and proxies may have encountered recall bias that could have limited the interpretation of the results. However, we and others have validated the use of proxies when they were in close contact with the patient on a regular basis. In addition, all interviews were conducted in the same manner by only one person (J.H.).

In conclusion, this study demonstrates that critical illness requiring ICU admission for > 48 h has a strong impact on HRQOL. A sharp multidimensional decline occurred during ICU admission, followed by recovery toward normal functioning that started immediately following discharge from the ICU. Recovery was, however, not consistent in all dimensions of HRQOL. Before and after ICU admission, survivors of critical illnesses had lower HRQOL when compared to a healthy Dutch population. Also, nonsurvival was associated with a lower HRQOL on ICU admission. This study shows that the recovery of HRQOL already starts at ICU discharge so that rehabilitation programs should start early. As role limitations due to emotional and physical problems remained impaired at the 6-month follow-up, specific interventions directed toward these dimensions of HRQOL may help to improve HRQOL following ICU discharge.