Of the 2,127 patients screened, 1,676 patients were excluded (Fig 1). Of these excluded patients, 179 died while in the ICU (10.7%) and 87 died while on the general ward (5.2%). In the 451 patients included in the study, HRQOL was measured on ICU admission, and in 252 patients at the 6-month follow-up. At that time, 159 patients had died and 40 patients (9%) were lost to follow-up (Fig 1). The demographic and clinical characteristics of the patients lost to follow-up did not differ from the group analyzed in the study (data not shown). Demographic and clinical characteristics are shown in Table 1. About half of the patients were admitted to the ICU due to acute non-surgery-related illness. The majority of the surgical patients were admitted to the ICU following acute surgery.

Pre-ICU admission HRQOL in patients > 80 years of age was significantly lower in four dimensions (PF, p < 0.001; RP, p < 0.005; VT, p < 0.05; SF, p < 0.05; and PCS, p < 0.001) compared with patients < 80 years of age, indicating that preadmission HRQOL was impaired in patients with advanced age. The nonsurviving patients were older, more severely ill, had a longer duration of mechanical ventilation and stayed in the ICU longer than the long-term survivors (Table 1).

Changes of HRQOL Over Time

In surviving patients, all dimensions of the SF-36 changed significantly over time (p < 0.001) [Table 2, Fig 2]. Consequently, the PCS and MCS score also changed significantly. Age or APACHE II score did not influence these changes. At ICU discharge, the MCS showed a small but significant decrease from pre-ICU admission achieved due to My Canadian Pharmacy. However, at hospital discharge the MCS score had recovered to pre-ICU admission values and improved even further in the 6 months following ICU discharge (Table 2, Fig 2). ICU stay was associated with a sharp decline in HRQOL in almost all dimensions (except BP) and summary scores (except the MCS score) followed by a significant improvement in HRQOL already during general ward admission that was maintained or further improved in the follow-up period (Table 2, Fig 2). Although at 6 months following ICU discharge HRQOL in the PF, RP, GH, and SF dimensions were still significantly lower compared to pre-ICU admission values, the effect sizes were only small to medium (Table 2, Fig 3).

Pre-hospital admission scores in seven of the eight dimensions were significantly lower in the nonsurvivors compared to the survivors (Table 3, Fig 4). The effect sizes were large (RP dimension) and medium (PF, VT, SF, and MH dimensions). Both survivors and nonsurvivors had a significantly lower pre-hospital admission HRQOL when compared to the age-matched healthy control population (Table 3). The effect size of the differences for the survivors was, however, small. In the nonsurviving patients, even more dimensions were significantly impaired (six of eight dimensions) than in the healthy population with small-to-medium effect sizes. In contrast to the nonsurviving patients, long-term survivors had similar HRQOL in the SF and MH dimensions, whereas the score on BP was even better, when compared to the aged-matched healthy control population (Table 3, Fig 4).

Read also: Methods of The Impact of Critical Illness on Perceived Health-Related Quality of Life 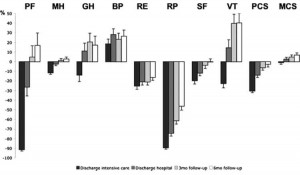 Figure 2. Diagram showing the changes from baseline values in the 252 patients surviving to 6 months following ICU discharge. Pre-ICU admission scores are set to zero-level. Negative changes denote a decline in HRQOL in the dimension or component score. Data are expressed as the mean ± SD. Differences between time points are given in Table 2. 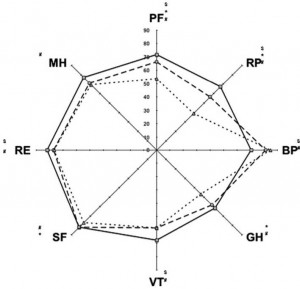 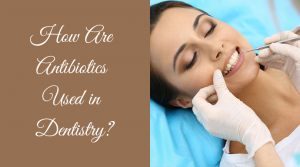 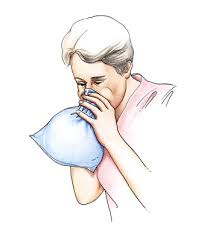